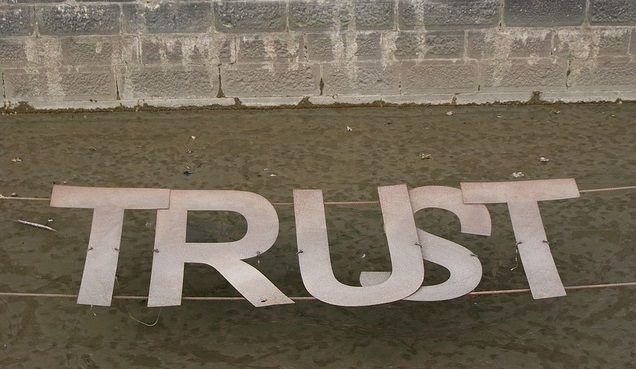 Our growing distrust of the news, our governments, the companies for which we work and society in general isn’t in our imagination.

That’s the message, loud and clear, from the 2017 Edelman Trust Barometer, an annual measurement of trust that Edelman Intelligence, a global insight and analytics consultancy, has conducted since 2000.

Rich with insights, the report hones in on an aspect of particular importance to marketers: We’ve moved beyond the point of trust being simply a key factor in product purchase or choosing the job to which we say “yes.” We’re now at the point where trust has become the deciding factor under which a society can function.

As trust in institutions erodes, the basic assumptions of fairness, shared values and equal opportunity traditionally upheld by “the system” are no longer taken for granted. We observe deep disillusion on both the left and the right, who share opposition to globalization, innovation, deregulation, and multinational institutions.

What this means for marketers

We’re in dangerous waters. We no longer function under a reliable government that can easily set understandable – and respected – expectations. We have lost the objectivity and shared experience of media as a watchdog on institutions. Non-governmental organizations are focused on issues of the most vulnerable but are ineffective advocates for the dispossessed middle class. Business needs to play the role of the solid retaining wall that stops the uncontrollable storm surge, to fill the void left by the other three institutions in global governance.

There are numerous, significant gaps where people want information that educates them and eases their mind. Interesting, the level of trust that people place in owned media is one of the few areas where trust is growing.

Business: The last frontier of trust

Businesses have to move beyond their traditional roles of business as actor and innovator; governments as referee and regulator; media as watchdog; and NGOs as social conscience. Not only are the stakes high for business, but so are the expectations that it will act. Of those who are uncertain about whether the system is working for them, it is business that they trust the most.

Businesses need to start first with the adage, “first do no harm.” In a climate in which the system is perceived to be failing, the expectations of business are far greater. The three most important attributes for building trust are –

To rebuild trust and restore faith in the system, institutions must step outside of their traditional roles and work toward a new, more integrated operating model that puts people – and the addressing of their fears – at the center of everything they do.