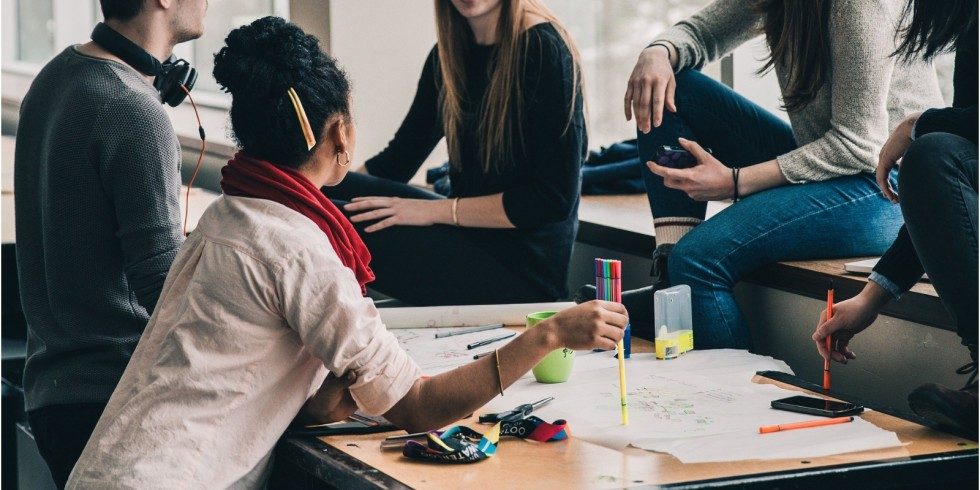 One of the biggest complaints I hear from leaders is, “My team never comes to me with new ideas.” They chide. They coax. And they coerce. But…nothing.

How can that be?

These are the same employees who, their first six months on the job, constantly stood in the doorway of their boss’ office with a slew of brilliant suggestions.

We need new ideas every day. Whether it’s an approach to a customer’s problem, a marketing campaign or even how to make boring team meetings something to look forward to. And when that’s the case, what do we do?

But there’s two problems with brainstorming.

First, we never come up with ideas that are truly unique. This is because we search our brains for what someone else in our space is doing that’s more interesting, engaging, authentic (insert your buzzword of choice here) and then we copy and paste that into our world. We hope our next proposal, campaign or meeting will come out feeling fresh and innovative.

But it never does. And that leads us to our second problem…

Brainstorming fails because it doesn’t lead to results. We fall in love with the crazy ideas we come up with and then pitch them – to our customer, our boss, our team – and what do we get in return?

People tell us our ideas aren’t relatable. That they’re too big of a stretch. We don’t have that kind of budget. Or we just don’t do things that way. And then we go back to the same old things that we’ve always done.

My good friend Tim Washer started out his career in comedy. He’s worked with the best-of-the best in the industry – Amy Poehler, Conan O’Brien and Bill Nye (the science guy) to name a few.

Tim used to work at Cisco. And a couple of years ago he needed an idea to announce the launch of a new product. If you don’t know Cisco, they’re a technology company that sells things like network switches, routers and other telecom equipment. On the comedy scale of things, they were sounding grounded on the not-so-funny side.

Now, Tim could have gathered the usual suspects in a conference room and had a brainstorming session to come up with ideas to make the project launch more innovative. To bring more creativity to the table. But he’s also been in enough of those corporate brainstorming sessions to know what comes out of them – nothing that’s either innovative or creative.

I’m going to back up here a second, because, if you’ve never worked in the world of technology or business-to-business marketing (B2B), there’s something you need to know. It takes a lot of people (on average 5 to 8) a long time (an average of 18 to 24 months) to agree on something like a network router and then decide to buy it.

Tim knew potential buyers would never simply read a press release, a web page or watch a talking-head video of a product engineer and decide to buy a router. That’s because if you do a side-by-side comparison between a network router press release and press release and a video of a cat that’s scared by a cucumber, the cat and cucumber will win every time.

As a comedian, Tim’s a perpetual student. He consistently studies the best of the best. And he was in a comedy club in New York one night when Ray Romano. Tim watched the audience as Ray went through his routine. Ray talked about family, in-laws, kids…the kinds of things that people in the audience really related to.

As Tim thought about ideas for the product launch, he did something completely different. He thought about what made Ray Romano so relatable to people in the comedy club.

Ray got the audience to laugh. “If you can get someone to laugh, that builds an immediate and intimate connection,” Tim told me. “It makes people lower their emotional walls and they let you in. And that’s when you can begin to build a relationship with them.”

Tim took this idea of comedy and getting people to laugh, and connected the dots to his work. The Cisco ASR 9000 router would be released just before Valentine’s Day. Instead of the typical announcement, he used the idea of comedy to build a relationship with buyers. And here’s what Tim’s video looked like –

Tim didn’t start out with a goal of getting analyst attention and media coverage. But that’s what happened with the video. The New York Times and industry press talked about it, and that made customers look at it. The video made it easier for sales people to talk about the new Cisco ASR 9000 router because customers were already laughing at the video. To an engineer, it was more fun than cat and a cucumber footage could ever be.

It turns out, that the best ideas in the world come from exactly the same place that they did for Tim – everyday life. It’s just that we need to pay attention to what’s going on around us better, rather than rushing from one thing to the next.

What things interest you?

This is my question for you: What captures your attention?  What ideas, experiences or even brands do you find interesting?

It doesn’t matter if they have anything to do with what you do. Just study them, like Tim did with Ray Romano’s comedy routine. Now, use that as the starting point for your next idea. Because if you find enough things in your life that are interesting, chances are that other people will, too.