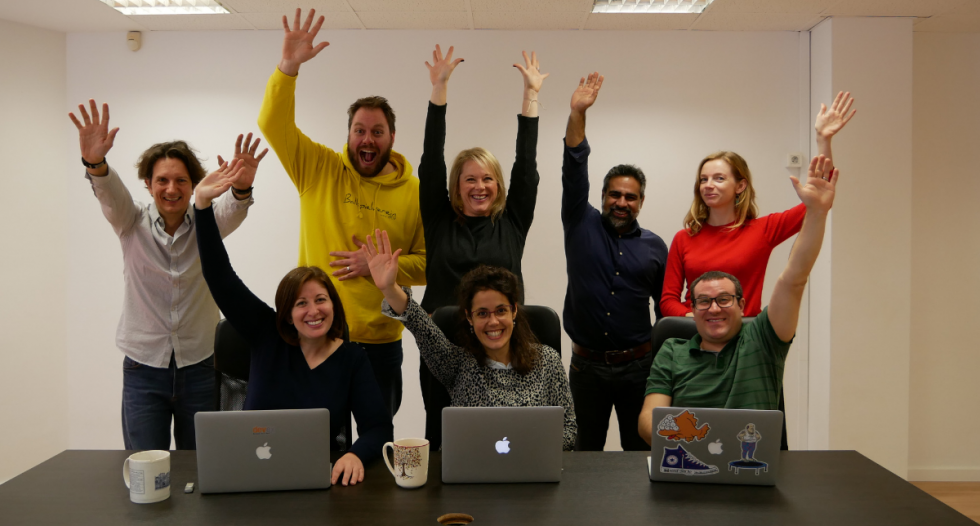 It’s not easy to create an innovation track record like Amazon or Google. But companies that hope to outperform their competitors and shake up their industries are pouring money into innovation programs – labs, hubs and design thinking tanks.

But are they successful?

Several years ago Booz & Co. (now part of PwC) conducted a Global Innovation 1000 report. In it, they found that big corporations are throwing tons of money into R&D – but it turns out these companies don’t necessarily become the most innovative.

Researchers polled 600 senior managers and R&D professionals around the world to come up with a list of the most innovative companies. Then they compared them against those that spend the most on R&D. What they found was that only three companies were on both lists: Microsoft, Toyota and Samsung.

The study points out that there isn’t a statistically significant relationship between how a company performs financially and how much they spend on innovation. In fact many companies – take Apple for example – consistently underspend their peers on R&D but they still outperform them on things that markets and investors consider big measures of corporate success. Things such as revenue growth, profit growth margins and total shareholder return. Then there’s other entire industries, like pharmaceuticals, that keep devoting huge amounts of money to innovation, but don’t have nearly as much to show for it as they (and their shareholders) would like.

How can this be?

The democracy of ideas

Innovation has come in and out of style over the years. But globalization and digital business have made it anything but faddish. In research from McKinsey more than 70 percent of senior executives said that innovation is at least one of the top three drivers of growth for their companies in the next three to five years. Others saw innovation as the most important way for companies to speed up the pace of change in today’s business environment.

This focus on innovation is spreading into all areas of the business. Facebook CMO Antonio Lucio said, “Innovation is not one more thing that marketers need to do, innovation is the way that a marketer needs to think and behave.” And areas such as HR and finance are feeling the pressure to perform.

But even with execs feeling the love for innovation, that doesn’t mean it comes in a nice box with a neatly tied bow. In the 2018 Benchmarking Innovation Report from Innovation Leader and KMPG, over 55% of executives report that politics, turf wars, and a lack of alignment are the biggest barriers to innovation.

It’s these kind of struggles that make us look at companies like Amazon and Google with awe. The executives at these companies understand that innovation isn’t something that’s owned by one particular group because you can’t have open innovation when you practice closed participation. These companies understand that you need an environment that promotes and rewards great ideas; without it they’ll fall behind their competitors at an incredibly fast rate, or fail all together.

And you don’t have to be a huge corporation to see the difference that innovation makes to business performance. I’ve been spending time with the Barcelona team of Devex these past few weeks. As the media platform for the global development community, they have an organizational culture that expects employees to bring new ideas to the table so they can do more good in the world.

This all sounds well and good, but it doesn’t mean anything if we can’t take the idea of open innovation and put it into practice.

If you walk into any company and ask who owns innovation, people point you to the R&D team, the innovation lab or the design thinkers. Employees understand “innovation” to be something that has its own mental and physical real estate. The intellectual property of great ideas is help by people who have a special title, a high-level degree, a unique work space or even a more lax dress code (I’m talking about hipster designers, here).

Mytaxi app CMO Gary Branmall called out this exact situation. “If innovation is in a hub or a business unit, people will then start to think ‘their role is to innovate and my role isn’t’ and that is hugely distracting and doesn’t support innovation.”

The way that you change the innovation trajectory in any organization is give it broader ownership. Instead of limiting new ideas to just the products and services you sell, open it up to business performance. Expect the people who do the jobs to consistently come up with better ideas. Give them accountability. Give them responsibility. And give them the tools they need to see tiny innovation through.

If you aren’t sure how people in your organization feel about who owns innovation, do this. The next time you walk into a meeting, ask the group, “Who owns innovation in this company?” and see how many people put up their hand.

When people have true ownership of something, they take pride in it.