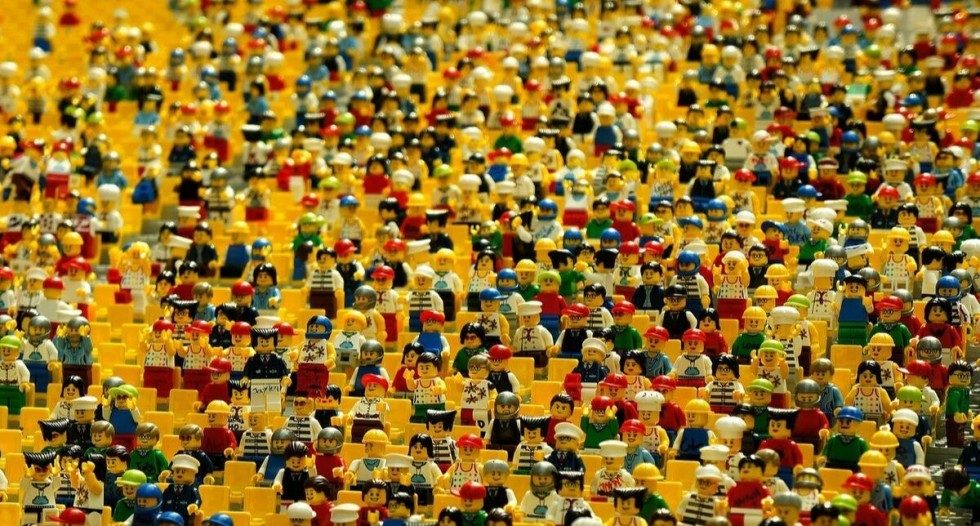 Plato once said that your archetype describes “your ideal self.” When a person embraces who they really are, that’s when they’re at their best. Archetypes are the secret forces behind all human behavior. They dwell in our unconscious and influence our every move, much of the time without us even knowing it.

If we had to answer the question, “Who innovates?” we’re likely to talk about the boilerplate of innovators – engineers, design thinkers, creative directors and others with official titles. As I’ve worked with teams the last few years to up their innovation quotient, I’ve noticed specific patterns in how people innovate, and they don’t follow these stereotypical labels.

But what happens is that when people don’t fit in the traditional boxes for innovators, other people either dismiss them as irrelevant or label them a troublemaker. The truth is, these are the very people who represent a shift in who owns ideas as we move toward a democracy rather than a dictatorship in innovation.

A Citizen Innovator is anyone at any level of an organization playing an active role in the process of coming up with, sharing and pursuing ideas with a specific objective in mind.

[Tweet “Citizen Innovators are anyone at any level of a company who plays an active role in coming up with, sharing and pursuing ideas with a specific objective in mind. #Innovation”]

I find it ironic that in our technologically advanced and hyper-connected world, there’s little opportunity for the general employee population to be a part of innovation. To contribute to solving the glut of challenges and understanding the needs that affect all of us. Finding ways for meaningful contribution are hard to identify, match and integrate with our talents – our natural archetypes – for the regular Jane or Joe.

As we struggle with the balance of art and science in business today, it’s time to tap into the legions of Citizen Innovators who are ready, willing and perfectly able to invest their experience, smarts, creative talents and hunger to contribute. These are the people who will change the way we innovate, from product development and business modeling to reinventing healthcare and improving the planet on which we live.

The emergence of Citizen Innovators represents a shift in the ownership of ideas – from the few to the many. These are the people who will tackle problems big and small, and reinvent the role of individual employees in business today. By empowering people to contribute ideas, we show them that now only do they have a necessary role in shaping business, they have an obligation.

[Tweet “Citizen Innovators represent a shift in the ownership of ideas – from the few to the many. #Innovation”]

True innovation is something that comes from the individual employees of a company. If you want an innovative company, then you have to reverse engineer the process down to the people level. Innovative companies start with innovative individuals. Our Citizen Innovators.

Not every Citizen Innovator looks the same, nor should they. Each has their own ideal self – as Plato calls it – or their unique archetype. Companies need a mix of archetypes, not just innovation-specific job roles. Everyone has strengths and areas in which we do our best work – what I call our natural genius. Following are the six archetypes of Citizen Innovators that make up the most successful teams in the most innovative companies, regardless of size, industry or location.

The Strategists love to create strategy and get things done. They always have an eye for priorities and how things should be executed in order to show results. Delivering value is at the heart of the Strategist. They readily accept accountability and responsibility for innovation – regardless of their title. Strategists know and understand the bigger business strategy and shepherd work through the process and out the door. They like to teach others to do the same, and people identify Strategists as the “go-to” people to launch new ideas and bring them to fruition.

When it comes to innovation, the Strategist archetype can see around the corner when it comes to thinking bigger and then naturally know the steps to get things done. They like to have concrete plans, and be able to measure and report progress. Examples of Strategists include Microsoft founder Bill Gates, Berkshire Hathaway Chairman Warren Buffett and German Chancellor Angela Merkel.

Ideas can never go anywhere by themselves. Innovation relies on collaboration and socialization. Collaborators love to get involved with some or all of the process, help improve ideas and then champion them. They understand how to capture the attention of people from other groups to excavate blind spots and nurture relationships. This helps them create powerful ideas and increase the chances of success. Collaborators care less about getting personal credit and more about building bonds so ideas have a greater chance of success.

When a Collaborator’s in the groove, they’re able to help people see their blind spots. They know how to nurture relationships in ways that make people want to bring their best to the task at hand. Collaborators understand that people can create bigger, better things together than when they try to play the role of the Lone Ranger. They actively look for ways to integrate with others to expand their own abilities but also those of the people they work with. Examples of Collaborators include Rolling Stones drummer Charlie Watts, Director Steven Spielberg and actor, film producer and environmentalist Leonardo DiCaprio.

As a Culture Shaper, this innovator architects the brand and oversees how it’s being expressed. They sculpt the image and perception of innovation and articulate the range of knowledge that its people share. With the Culture Shaper comes the rise of the storytellers – the people who can create a compelling story arc over a long period of time and then understand how to infuse it into the narrative of the organization and use it to activate and inspire employee trust, participation and courage.

When a Culture Shaper connects the dots, they’re able to create a compelling storyline around change and get people to join forces. They’re savvy at helping those around them realize that status quo has become the threat rather than the risk of doing something new. Culture Shapers tap into the storyline of the experience of others to “show people the way” so that changing habits and deeply engrained behaviors happens with less resistance. Head of Virgin Group Richard Branson, civil rights activist Martin Luther King and spiritual leader Dalai Lama are all examples of Culture Shapers.

These nonconformist thinkers question long-held assumptions and generate highly original ideas. As creative disrupters, they lead the way in coming up with new ideas to create transformation within all areas of the business. Provocateurs often rub others the wrong way because they fight organizational inertia with novel thinking and unconventional problem-solving approaches. Their ability to push past the obvious makes them sustainable and prolific idea generators.

When Provocateurs connect the dots, they can be perceived as difficult to get along with. They naturally push against the norm of how people think and consistently ask, “what if?” Their ideas seem over the top and unrealistic. But Provocateurs get in the groove, there’s nothing too bizarre to consider. Examples of Provocateurs include entertainer Lada Gaga, CEO of SpaceX and Tesla’s Elon Musk and the young Swedish climate change activist Greta Thunberg.

By smashing the traditional perspective of a highly rational approach to solving problems, the Psychologist understands unstructured innovation. They explore perceptions of an idea from every direction. This is where empathy in business comes into play. What’s it like to be the customer of your idea? What are all the dynamics in how this idea will ultimately play out? What are the emotional ramifications of this innovation? Psychologists understand the evolving role of trust not just in innovation, but in business today.

Psychologists are the people who bring the soft side to innovation. They intuitively see connections that others miss because they’re tuned into how ideas make people feel and the emotional impact they may have on someone. They may be the most fit of any of the archetypes because of all the time they’ve spent walking in other people’s shoes. Examples of Psychologists include media mogul Oprah Winfrey, research professor Brené Brown and author George Orwell.

As an Orchestrator, this person choreographs the process to keep things humming. They know how to keep all the parts and pieces in sync and get things done. They advocate for the experience of the customer. They think about how to establish relationships earlier in the process, with both internal teams and externally with customers and partners. Orchestrators know how to maneuver the political stepping-stones in every corner of the business. By reaching out to other functions integrating with them, the Orchestrator also drives relationships and the reputation of innovation within the organization. This is your linchpin who knows how to build effective consensus.

Orchestrators may seem like the ultimate influencers but their impact comes from their willingness to push forward with courage. They’re a natural at working across departments and levels of people within an organization. Orchestrators are keen on leading without hesitation and decisive when it comes to making decisions. Entertainer, businessman and philanthropist Bono, Pepsi Chairman and CEO Indra Nooyi and civil rights activist Rosa Parks are all examples of Orchestrators.

The force behind the firm

It’s a long, slow process for Citizen Innovators to rise to the collective challenge of changing the culture of an organization. Going from a dictatorship to a democracy of ideas can be incredibly  scary – even for the people who are sitting on the sidelines itching to get in the game.

If you want to figure out where you stand and what to do next, start by taking this assessment to learn what type of Citizen Innovator you are. Then, have your team take it and talk about the results. Simply raising your understanding and awareness about the dynmics going on with the people you work with most will help you take a big step toward seeing the gaps that are holding you back.

If you want to talk about your Citizen Innovator archetype or that of your team, schedule a free 15-minute call and we can talk about some quick next steps.

Archetypes are based on research from the University of Michigan