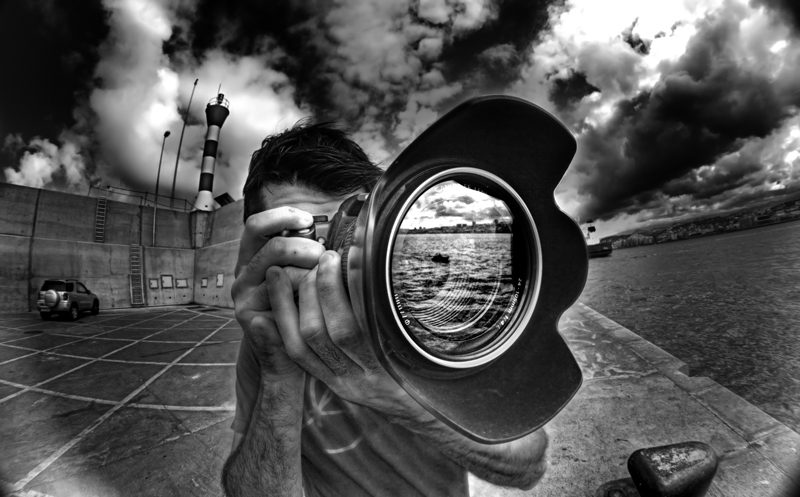 Great storytelling starts with a narrative bigger than yourself. But getting buy-in for an approach to building an audience that’s unconventional isn’t easy for B2B marketers – especially if you work for an industrial company. Most brands want to talk products and features, rather than spark a captivating conversation. But stepping outside the norms of what people expect is exactly how Lincoln Electric, an icon in industrial welding, has made the entire welding profession sit up and take notice – not just customers and prospects.

I talked to Craig Coffey, U.S. marketing communications manager, for Lincoln Electric, to find out how he took the idea of the brand’s newly launched ARC magazine from idea to successful execution.  Here’s what he had to say.

Johnson: The Lincoln Electric brand is synonymous with welding. Why did you feel that something like ARC was necessary?

Coffey: The industry is losing welders at an astonishing rate.  By one estimate, there will be a shortage of as many as 290,000 welders by the year 2020. U.S. manufacturers cite a lack of skilled trades professionals (including welders) as a significant challenge to their ability to be competitive. So there’s a huge demand, but a short supply. ARC is intended to show how vital this skill is, and how potentially cool it can be. It’s specifically designed to appeal to a new generation of welders, but by ‘new generation’ I don’t necessarily mean a young audience. At the same time, Lincoln Electric is in a very competitive environment, and we wanted a way to distinguish our brand as one that didn’t just want to sell products, but one that wanted to create practitioners.

Johnson: Where did the idea for ARC magazine come from?

Coffey: Lincoln used to publish a magazine called the Stabilizer that really had the same goal of ARC: to show what could be accomplished with welding. The difference between the Stabilizer and ARC (aside from a more modern format and the electronic version) is that ARC is more focused on people and personalities in the field, which I think is a more compelling way to engage the audience.  We had a campaign a couple of years ago called ‘Made Possible with Lincoln Electric’ and what we found is that we got the most traction from stories that were people centric.  We’ve also spent years developing relationships with personalities—celebrities in the metal fabrication world—that we never really had a platform to talk about. ARC gives readers an insider’s view of what drove these people to the level of success they currently enjoy.

Johnson: Tell me about the process that took you from idea to execution. Who was involved? Did you have resistance to the magazine internally? Were there any groups who were a hard sell?

Coffey: At the beginning, ARC’s development was a skunk works operation. We’re really lucky to have an outstanding creative group in-house and they really understood what we were trying to do and who we’re trying to reach. We knew that one of the biggest challenges we faced was not in the idea of creating a magazine, but keeping its mission pure, so we wanted to keep a lot of hands out of the process until we had something tangible. Muddying it up with a bunch of content that didn’t fit would be a sure fire way to screw up the intent. Once we decided on what we wanted ARC to be, we mocked up an issue and showed it to some of the people we thought would make great cover stories and asked for their input.  I met with Jessi Combs, Bryan Fuller, Richard Rawlings (of Gas Monkey Garage, our summer cover story) and a bunch of other known fabricators who represented what we thought were ideal for our audience to see if A) they’d understood what we wanted to accomplish and B) if they’d agree to be a part of it.  Once we got some of those commitments, we knew we had enough to get rolling. Then we went through the process of getting internal buy in, because we had something real. I think if we had gone the other way—selling the concept, then committing team, then developing the product—the project may have lost momentum.

Coffey: Our audience is anyone who would consider or could be convinced that welding and metal fabrication is a lifestyle, as opposed to just a job or trade.  While the magazine aims to engage a younger audience, we don’t forget that there are a lot of practitioners who continually hone their craft, so there’s something for that group too. From Lincoln’s point of view, it’s distinctly commercial, which we define by a certain product range and channel to market. We’ve also gotten some uptake from educators, which is great since they are on the front lines in convincing students—and maybe more importantly, parents—that welding can open up big opportunities for them.

Johnson: How does the magazine fit into (lead, support, change expectations) the rest of Lincoln Electric’s content marketing efforts?

Coffey: There’s no one-size-fits-all solution. I think that’s an issue that a lot of marketers wrestle with.  The content strategy developed for our commercial market, which includes ARC, is not the same as what might be needed for our other markets. You have to work backwards from the audience. In our automation space, for example, our content is more about educating small to medium sized businesses that automation is affordable, can help them be more competitive, and is not as hard to do as they might think. A magazine like ARC would probably not accomplish that, but e-books, white papers, technical articles, and case studies might.

Johnson: You have Jessi Combs on the cover of your first issue. Are you looking to buck any industry trends about welding? If so, what are they and why?

Coffey: While things are changing, welding remains a very male-dominated trade. To be very honest, we knew we needed to make a splash with the first issue; we needed people to notice it.  Jessi was the perfect choice not only because she is attractive and makes a great cover photo, but because she is the real deal when it comes to welding, racing, riding and teaching.  Her mission is in perfect alignment with ours. It’s about developing potential. The story is legit, or we wouldn’t have told it.

Johnson: What does ‘success’ for the magazine look like?

Coffey: I’m a B2B guy, so ultimately it has to make financial sense, but I’m enough of a realist to know that sales attribution isn’t going to be easy or directly measurable in the short term. Audience participation is one great measurement of success. Are we getting feedback in the form of comments, questions, letters, emails, etc.?  Are we getting new subscribers (we are, over 6,000 since the first issue came out)?  Are we seeing more interest in products that are either advertised in the magazine or featured in the projects? And then there are the hard metrics: downloads of the tablet version. Time spent on a page. Click throughs. But those sorts of metrics can be misleading if taken as the sole measure of success.  They have to be compared to the known, and when we do that, ARC stacks up favorably.

Johnson: Sometimes content teams will launch an initiative, such as ARC magazine, to the chagrin of sales reps. How do you see ARC benefiting the sales team? Were they involved in the strategic direction or creation of the publication?

Coffey: I’m gratified that this effort has been really well received, but we didn’t involve sales in the inception or creation. Without exception, all of our sales reps are engineers by education.  My experience with engineers—and this is not a criticism–is that they are linear thinkers. Literal works better than abstract. This was an abstract concept that I think everyone just kind of got once they saw it. The management team that greenlighted this project gave me a lot of latitude in its development, and I’m glad they trusted me and my team. I think the key to gaining that trust is that we didn’t allow any of the other ‘traditional’ work we do to slip while we gave birth to ARC, so the field got all the tools they expected, plus a new arrow in their quiver. I think that’s important advice: if you want to do something new, it’s not likely that it will be accepted if it means not doing something else.  If you believe in its value, you have to be prepared to put in the extra effort to do it on top of your current workload.

Johnson: Tell me about your background and the path that brought you to where you are with Lincoln Electric today.

Coffey: I’m a career-long B2B marketer but my education was as a writer.  I actually have a (no longer offered) degree in Professional Writing (a pre-cursor to content marketing?) from a school in Erie, Pennsylvania called Gannon University.  So, somewhere I guess I always hoped I could make storytelling part of my career.  Before content marketing became a ‘thing,’ I worked for an architect, an accounting firm, a couple of industrial manufacturers and a publisher.  But it wasn’t until I got to Lincoln that I had the perfect storm of really being passionate about the mission coupled with so many great stories to tell and a management team that was willing to try something different that I had the opportunity to make an earnest commitment to content marketing.

Carla is a world-renowned storyteller, an entertaining speaker, and a prolific author. Having lived, worked, and studied on five continents, she's partnered with top brands and conferences to train thousands of people how to rethink the work that they do andth impact they can have. her visionary expertise has inspired and equipped leaders at all levels to embrace change, welcome new ideas, and transform their business.

Her work with Fortune 500 brands served as the foundation for many of her books. Her tenth, RE:Think Innovation (available for pre-order) busts the myth that innovation is something that requires a specific degree or special training. in fact, Carla explains why, to be a successful company in today's hyper-competitive, customer-driven world, innovation must be everyone's business. Her goal is to teach one million people how to become innovators by 2025.