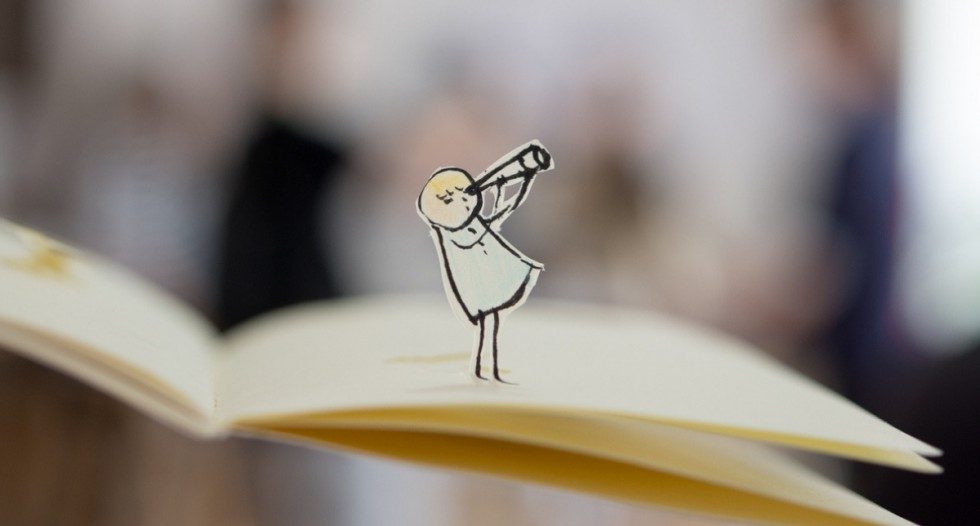 Hiero was a tyrant who believed that his goldsmith was cheating him. He didn’t know how to prove it – he suspected the goldsmith was swapping out gold with silver – so he hired Archimedes, a local mathematician and engineer, to prove it for him.

This was an important assignment. The object in questions was a wreath dedicated to the gods. This wasn’t the kind of problem that Archimedes had come across his desk every day, and he accepted the challenge. But he needed time to think about it.

As a man of science, Archimedes was a natural observer of the world around him. On a trip to the public baths, he noticed something that turned out to be important:  the more his body sank into the water, the more water he displaced. In fact, the amount of water his body displaced was exactly equivalent to the volume of his body.

Knowing that, his brain quickly made another connection. Because gold weighs more than silver, he reasoned that if the metals in the crown were a mix of gold and silver, it would displace more water than one made purely of gold because of the heavier weight of silver.

With a realization so great he couldn’t wait to act on it, the math whiz leapt out of the bath and sprinted home naked, crying, “Eureka! Eureka!” all the way home. That translate to, “I found it! I found it!”

In mathematician terms, Archimedes of Syracuse was considered the best of the best. But it turns out, what came easily to him in the public baths is something that comes naturally to humans – finding patterns that turn into insights.

There’s no better information processing machine that the human brain. It’s uncanny at how it can observe things and connect the dots to come up with patterns. In fact, our brains ability is genetically wired into us – even babies are born knowing how to detect patterns.

Genetically, patterns have kept us alive. If your prehistoric ancestors hadn’t recognized the patterns of danger – a telltale rustle in the bushes or birds taking flight for no apparent reason – you wouldn’t be here today reading this article. We observe the world around us to discover patterns that give us meaning without having to do a more detailed inspection. They’re timesavers.

People love to know how to mentally organize their world. This has led to the rise of things like Facebook quizzes – What does your foot say about your personality (I’m outgoing and social)? Which modern Disney princess are you (Rapunzel – weird but fun and a positive person to be around)? Do you have an introvert’s brain (I’m pretty sure I don’t need a quiz to figure out this one…)?

There’s something interesting that happens with how we detect patterns – the part of our brain that we put to work the hardest to look for these connections isn’t actually the part that gives us the huge Eureka! moments. When we put thought behind making sense of what we see in the world around us, we use linear problem solving. This means we try to solve problems by logically working out a solution. Think about adding several six-figure numbers without a calculator or doing time-zone math. This kind of thinking uses our conscious memory. These are the things we need to keep handy so we can decide where to eat lunch or find our way home from the gym.

As we go through our day, our working memory maxes out pretty quickly. This is why we feel exhausted at the end of a demanding day. We’ve been consciously trying to knock down one road block after another.

On the other side of the fence, there’s out unconscious memory that tackles non-linear problems. This, actually, is where we do the heavy lifting in recognizing patterns and coming up with insights – we just don’t realize it. The number of linear problems our brains solve in a day is infinitesimal compared to the volume of nonlinear ones. Take, for example, when your boss says you need new ways to increase customer experience scores but there’s no room in the budget to make it happen. There’s no pre-existing or logical solution.

So, how do you find insights?

I’ve spent the last few years interviewing people from all walks of life about how they came up with their own “Eureka!” moments. And it turns out, they have to stop and think hard about how they connected the dots. One common denominator, though, is that their best insights came when they weren’t actually looking for them. They didn’t necessarily have a problem they were looking to solve front and center.

But what they did have was a set of commonalities that included:

These are people who are constantly curious about the world around them. Not just things that apply to their day job, but all sorts of little things. Why are crosswalk signals in countries so different from each other? How many times do you have to change trains when traveling from Beijing to Moscow? Is it easier to hold your breath longer in an airplane than on the ground? People who readily recognize patterns understand that the more you expose yourself to the world around you, the more likely you are to identify patterns.

The only thing that stands between a good idea and a great idea is time. When we’re under deadline our focus is so narrow that we can’t draw from that rich pool of stimuli to help us solve problems. It’s like kinking a hose and expecting more water to come out when you have to fight a fire. That’s why ideas pop into your head in the shower, when you’re taking a run, in the middle of the night or when you’re doing something utterly mundane. Your brain has room to travel on its non-linear problem solving path. You won’t realize it’s working until you suddenly jump up and shout, “Eureka!” (Hopefully, fully clothed).

I’ve noticed that people who are great at recognizing patterns and come up with  insights quickly are people who spend time doing exactly that. Most of these people don’t consciously realize that they’re doing this. But just like anything, the more you do something, the better you get at it.

[Tweet “The only thing that stands between a good idea and a great idea is time.”]

Great insights really can pop out of nowhere. But to have that happen, you have to first practice recognizing patterns and then making some sort of sense of them. If this feels like a stretch for you, start by some simple reading about trends that are happening in the world, and what leads people to believe they matter. You’ll be able to reverse engineer your way into what it was that people observe to get these insights. Then you can practice the journey on your own.

Before  you know it, you’ll have more Eureka! moments than you know what to do with.