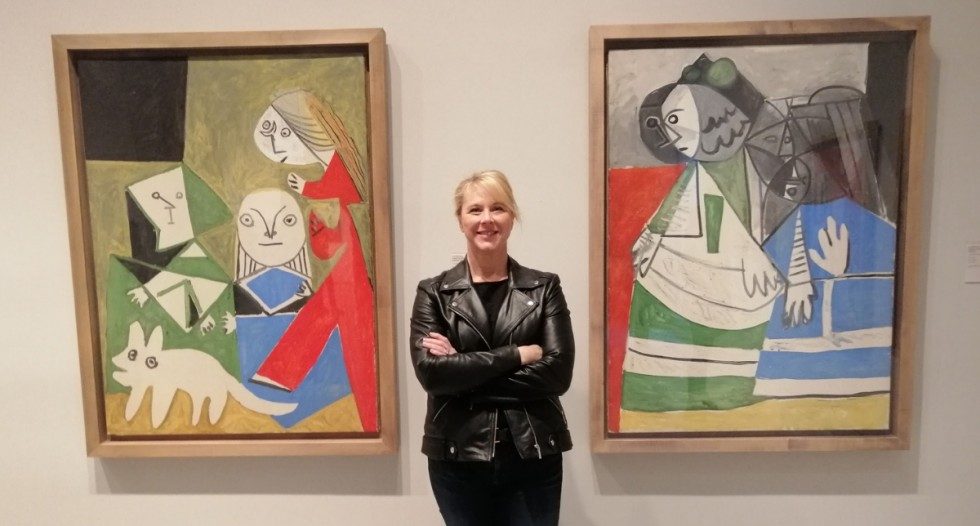 There’s a story of a young boy who showed great promise as an artist. His father, an art teacher himself, sent the boy to schools to hone his talent through rigid academic exercises. A natural finesse had him easily mastering difficult techniques. Instructors entered his work in competitions against more established artists and the student quickly gained the attention of the art community and elite critics. Then one day, now a young man, he said he’d had enough.

He felt his fine art education stifled his true potential and he wanted to give his creativity free rein. He began copying the works of the masters and then adding his own flair inspired by the world around him. It was this influence that he transplanted into his work time and time again. He created art with a distinctly symbolic character and earned him worldly acclaim that he never could have predicted.

Having created more than 20,000 paintings, drawings, sculptures, ceramics and other things, such as costumes and theater seats, Pablo Picasso is universally considered one of the most influential and celebrated artists of 21st century.

It’s easy to look at the work of Picasso and dismiss it as untouchable. Who dare say they could replicate the track record of someone so prolific?

But looking at Picasso and making excuses for why we could never be as great as he is triggers our Brand Detachment Disorder.

I didn’t study art at a young age.

I didn’t have formal training.

My parents didn’t encourage me.

I don’t hang out with creative people.

I have a day job.

Really, the list of excuses could go on forever.

What made Picasso successful was his ability to look at something that inspired him – the work of other artistic masters, the people around him or the landscapes of Spain and France – and transplant that into the work he did.

This technique is something that artists do all the time. Other successful painters such as Roy Lichtenstein, Willem de Kooning and Jackson Pollock were inspired by Picasso and the cubism movement he started. They looked at the parts and pieces of what he did and transplanted what resonated with them into their own work.

The interesting thing is that wildly successful people in business use the exact same technique.

A Brand Transplant is when you take the essence behind a great idea, experience or a brand and transplant that into your own work.

Here’s an example of someone who does this really well.

Carey travels a lot for work. And one day he was in Ann Arbor, Michigan and saw a line out the front door of Zingerman’s Deli. Carey knew that was a good sign for his growling stomach.

He waited his turn in line and made his way inside the deli. Once there, he looked around. This was not your typical deli. There were entire display cases of meats, cheeses and other exotic sandwich items.

When he ordered his sandwich, it wasn’t an apathetic high-school kid slinging a basket across the counter. These people knew where the meat came from, who made the cheese, and what made the freshly baked bread special.

“They were cute, but when I talked to them they told me that being funny and kidding around is an indication of how they look at their business,” Carey said. “At the end of the day they bought the best ingredients and they built the best sandwich in the world. And they had fun doing it. That’s something that motivated me.”

Carey quickly understood that there was a lot about Zingerman’s Deli that he wanted to transplant into Big Ass Fans – especially the idea of quality.

Big Ass Fans is located in Lexington, Kentucky but his biggest competitors are in the tech-capital of the world – Silicon Valley. What he saw was that his competitors focused on making fans fast and cheap, and then make up revenue in maintenance, repairs or replacement fans.

The lightbulb went off in Carey’s head.

He realized that if he could make quality his secret sauce, that would inspire customers to keep coming back. And that’s exactly what happened – customers came to trust the ingredients and employees of the company so much that they started coming to them with questions that had nothing to do with industrial-size fans. There was such a demand that the company was able to add new revenue streams from both products and consulting. Carey’s small-time start-up grew into a successful business that he sold in 2018 for $500 million.

Pablo Picasso and Carey Smith both realized bigger-than-life outcomes that they never could have predicted. How did they do that?