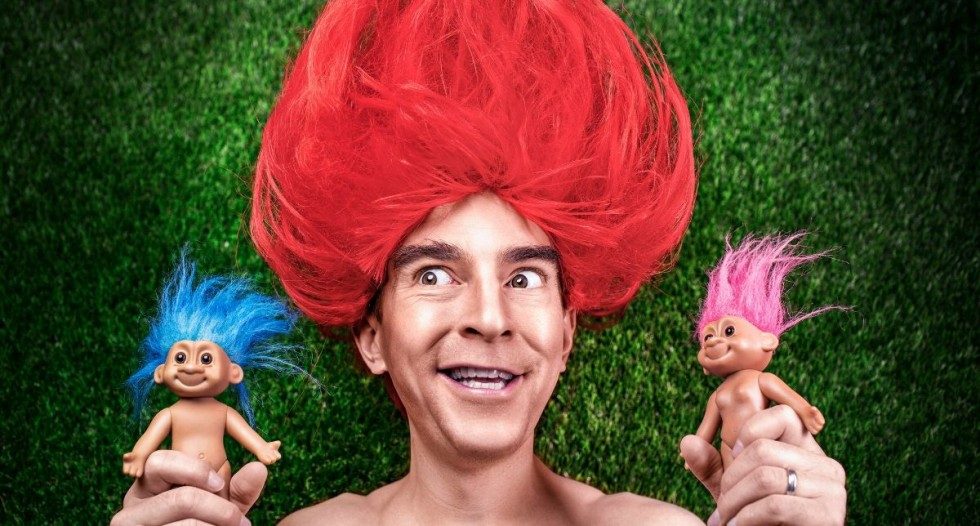 Disruptive innovation celebrates the renegade brands that take an industry by storm. Other companies sit on the sidelines watching with envy as they grab market share and generate incredulous revenue. “Why can’t we be like them?” they ask.

People believe true innovators are a rare breed. But in reality, most people are original thinkers. They just need the space, support and incentives to come up with and contribute new ideas. And lots of them.

In the Harvard Business Review article “How to Build a Culture of Originality”, author Adam Grant tells the story of how Ben Kohlman sparked a culture of innovation in one of the most challenging environments possible – the U.S. Navy.

The military is built around hierarchy, conformity and following orders. There’s a reason for it – people’s lives depend on following orders of experienced leaders. But ideas in most businesses don’t come with life or death consequences. It just feels that way.

Ben Kohlman was an instructor and director of flight operations in the Navy. He created the Navy’s first rapid-innovation cell—a networked group original thinkers. He wanted them to work together to challenge deeply rooted assumptions then generate new ideas.

He took a group of unconventional recruits who had been reprimanded for pushing boundaries and disobeying direct orders and had them visit innovation centers, study books on innovation and debate approaches. For the first time, they were encouraged to be provocative and vocal about what they thought.

Kohlman pointed out that the culture of the group was everything. “When people discovered their voice, they became unstoppable.”

In most organizations, innovation falls short because it’s a top-down mandate that the top never lets go of. Or, leaders tap specific people within the company to come up with new ideas, usually a clearly defined innovation or R&D team. They don’t let rank-and-file employees take chances with ideas because they assume that the best innovators are people with rare skills and special gifts. That’s a misconception. Grant points out that:

“The hotshots burn bright for a while and tend to fizzle out. So relying on a few exceptional folks who fit the romanticized profile is a short-term move that underestimates everyone else. Most people are in fact quite capable of novel thinking and problem solving, if only their organizations would stop pounding them into conformity.”

Getting 10% more ideas out of a small group can’t outpace having a 1% increase from a  bigger population. To fight conformity thinking, leaders need to develop and nurture original thinkers in every corner of the business. This starts with giving everyone opportunities and incentives to continually generate new ideas so they get better and better at pushing past the obvious.

How do we get out of this conundrum? Here’s what Grant says to do.

The advice to do better by doing less doesn’t hold water when it comes to great ideas. Being creatively prolific starts with diverse stimulation and a lot of it. Connecting the dots is a whole lot easier when we have more dots to connect.

In every field, the most innovative people produced a lot of output. Pablo Picasso was one of the most prolific artists of the 21st century. Isaac Asimov wrote more than 400 books. Aretha Franklin recorded 112 charted singles. In a mere five years, Thomas Edison filed for more than 100 patents for inventions that never went anywhere, but he needed to do that to get to the lightbulb and the phonograph.

How many ideas are enough? Quantity matters over quality when you’re getting started. There’s evidence that quality often doesn’t max out until more than 200 ideas are on the table. Here’s how to start moving your volume and velocity forward.

Get ideas from individuals not groups

People come up with better ideas if they work by themselves rather than in a group brainstorm.  In a group lots of dynamics interfere and the best ideas never get shared. Some people dominate the conversation and others keep mum so they don’t look ridiculous.

To fix this, give people time to think on their own before coming to group meetings or brainstorming session. Or, give them one-on-one time to flush things out with the boss. The managing director of HP in Norway uses a ‘speed-date the boss’ approach. Employees have five minutes to run through a pre-set list of questions that includes ideas about how to contribute beyond their job. More than 170 speed dates later this approach was so successful that HP adopted it in Austria and Switzerland.

Bring back the suggestion box

Suggestion boxes are the butt of many a corporate joke. But they actually can be helpful. A steel company used this approach for 70 years, and its 11,000 employees collected an average of 8,500 suggestions annually. The regular Joe made six or seven suggestions a year and the company adopted three to four. These little ideas added up to big gains, saving more than $750,000 every 12 months. Keep in mind that you need to acknowledge submissions and share what ideas get implemented. This way employees don’t feel their suggestions are all for naught.

A democracy is great for generating lots of ideas, but let’s face it, not every idea carries the same weight. This is when you need to cull the crowd and find great evaluators. Look at the track record of individual employees. Who’s good at discerning opportunity?

Definitely not managers. Their ego gets in the way and they have too much on the line. And not the innovation team. They tend to be overconfident about success. Instead, it’s other people who come up with ideas who are the best judges. Grant talks about a study from a Stanford professor that found circus performers who evaluated videos of their peers’ new acts were about twice as accurate as their managers in predicting popularity with audiences.

Make it a contest

Creating contests helps leaders understand who’s willing to be a part of innovation even in small ways. An annual innovation tournament at Dow Chemical looks at how to cut back on waste and save energy. The constraints are a budget of no more than $200,000 and the costs have to be recouped within a year. In over a decade, employees came up with 575 projects that have an average return of 204% and saved the company $110 million a year.

Having teams focus on a specific objective within a small amount of time helps with focus. Then peer feedback helps iterate to make the ideas better before they’re shared. Evaluators rate the novelty and usefulness and give suggestions for how to improve. This approach not only creates a bigger pool to draw from, it also helps make everyone involved smarter. People feel more confident about their ability to contribute and they develop better taste when it comes to good ideas.

Sometimes strong cultures squash original thinking. Grant points to studies that show when employees are aligned to a company’s greater purpose, they’re better at coming up with new ideas because they’re all aligned, communicate well and secure enough to challenge one another. When leaders focus more on hiring people who are aligned with the company’s mission rather than purely for skillset, they do better. In Kohlmann’s situation for the Navy, one of his team’s collaborators uses the phrase ‘loyal opposition.’ “Agitating against the status quo is how we contribute to the mission.” To have original thinkers, make it clear that dissent is OK. If you believe it enough, make it one of your core values.

[Tweet “When leaders hire for alignment with a mission rather than skill set, they attract more original thinkers.”]

How many times have you heard the phrase, “Don’t bring me problems, bring me solutions!”? In a rush to come with an answer, employees might jump to conclusions too early about the root problem. It takes time to observe what’s truly going on and learn from a range of perspectives. Grant says this is especially true in the United States. In a study that compared American and German decision makers, Germans talked about the problems twice as much and had one-third fewer solutions. Americans are hell-bent on finding the answer without taking time to sit with the problem.

We avoid contrarians because they’re a pain in the neck when we’re excited about an idea. Personally, I have a friend who I’m hesitant to share a new idea with because it makes me feel proactively weary knowing he’s going to poke holes in it. But when I want someone who’s going to give me a dose of reality, he’s the first person I call. He’s not someone who dissents for the sake of it, but rather one who makes me think deeper about my idea. Instead of shaking my confidence, by the time we’re done talking we’ve made the idea stronger together. I move forward with greater confidence because he’s helped me become more competent.

Most managers and people of position have fragile egos. Research shows that when managers are insecure, they don’t actively look for new ideas and get defensive when people make suggestions. Employees see this and then don’t speak up to avoid a CLM (career-limiting move). If managers want to show they practice what they preach, they need to openly model it for others to see. When employees see their supervisor being willing to hear criticism and no one’s head rolls, they’re more likely to speak up. Or, share a story about something you’re bad at. Employees get better about hearing tough feedback themselves or admitting they aren’t perfect at everything when they’ve seen leadership do the same.

To nurture original thinkers, employees need to feel comfortable letting their freak flag fly, as Aerosmith frontman Steven Tyler refers to it. But even if people never see someone have to publicly deal with consequences, it doesn’t mean it’s still not in the back of their mind.

Our innovation champion Ben Kohlmann knew that, which is why he took out the Navy’s traditional focus on hierarchy. People called each other by their first name, which gave them an immediately level playing field. He also connected them with other people in the Navy who were successful with change so they knew it was possible.

Whether or not you think someone will have a good idea, it’s important to listen to what comes  your way. You also need to model the behavior you want to flourish – share your own harebrained ideas so employees see tolerance in practice.

Being willing to listen to and share a broader range of ideas is what builds a culture of original thinkers.