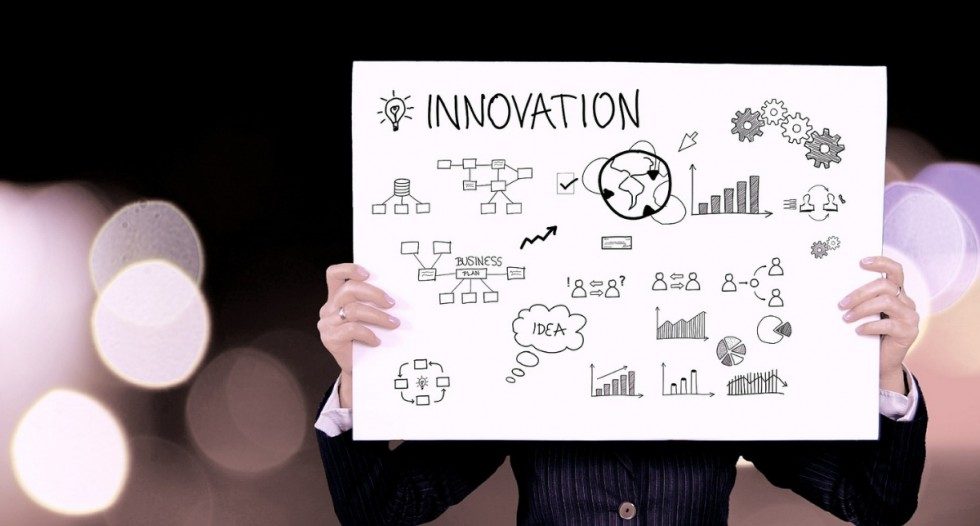 “Creativity is just connecting things. When you ask creative people how they did something, they feel a little guilty because they didn’t really do it, they just saw something. It seemed obvious after awhile. That’s because they were able to synthesize new things.” — Steve Jobs

This quote is one of Steve Jobs’s most famous. When we look at the most innovative people in the world, this is what leads to revolutionary inventions, scientific theories and market disruptions.

It’s not something that’s happened just in the digital age with the likes of Uber, Amazon and Tesla. History shows us that people Archimedes, Einstein, the Wright Brothers and countless others had specific moments of inspiration that came from something they experienced in the world around them.

Let’s take a look at some of the most successful examples that have had the biggest impact on our world.

In the early 1900s, cars were custom-made trophies for the weathy. But Henry Ford believed there was a bigger opportunity. He had tried to amp up his factory production for years. As the cars became more complex, so did the production. At one time, he broke the Model T’s assembly into 84 discrete steps and trained each person to do just one piece. He hired motion-study experts to make jobs more efficient and built machines that stamped out parts automatically and faster than any human could.

But to realize his dream of building motorized cars for the masses, he needed a more efficient assembly line.

Then he visited the Armour and Swift meat packingplants in Chicago. There, a conveyor moved hog carcasses past meat cutters, who then removed various pieces of the animal. Ford had his engineers take the idea of the “disassembly line” and adapt it to his plants by creating a moving assembly line. Instead of all the workers moving to the cars to build them, the cars came to them.

Ford installed the first moving assembly line in his plant in 1913 and reduced the time it took to build a car from more than 12 hours to two hours and 30 minutes. His ability to connect the dots between what he saw in the meat-packing plants and what he needed in his production facilities is what turned America into an industrial powerhouse with a thriving middle class.

﻿Eli Whitney was a farmboy and childhood entrepreneur. After graduating from Yale, he went to work for Catherine Greene near Savannah, Georgia. Greene had an unusual challenge – as a cotton plantation owner, she needed a faster way to remove seeds from cotton. Mechanically inclined, Whitney looked everywhere for mechanisms that could solve this problem.

Then one day he happened to watch a cat on one side of a fence reaching through it to swipe at a chicken on the other. The feline stretched its paw between the slats of the fence and tried to grab the chicken, which was just out of reach. Instead of catching its next meal, the cat ended up with a paw full of feathers. No matter what the it did, the cat couldn’t pull the chicken through the small gaps in the fence. A few more tries and the cat saw it was useless.

But observing this scene connected the dots for Whitney. With the idea of the feline reaching through the fence in mind, he built the cotton gin (short for engine). Just like the fence between the cat and the chicken, he made a sieve that strained the seeds by having cotton run through wooden drums with a series of hooks. The hooks caught the fibers and dragged the cotton through a mesh. The mesh let the fibers of cotton through, but was too fine for the seeds. Smaller cotton gins could be cranked by hand and larger ones were powered by a horse or steam engine. Production now skyrocketed from one pound of cleaned cotton a day to fifty.

In 1820, the port of London was the busiest in the world. So busy, in fact, that the “last mile” of transportion became the bane of existence for transportation companies and businesses depending on these goods. The British government felt the only solution was to build a tunnel under the Thames river – an engineering feat never done before.

The first engineer for the project was a burly man with a talent for invention. His crew made it through the tough London clay only to buckle under quick sand, gushing water and collapsing walls. London turned to French engineer Sir Marc Brunel. A prolific inventor, he had designed machines for sawing and bending timber, making boots, knitting socks and printing, along with suspension bridges and landing piers.

Once he was on the job, Brunel happened to be wandering through the Royal Dockyard at Chatham when he noticed a rotten piece of ship’s timber. He poked around and looked at the wood with a magnifying glass. When he did this, he saw that the wood was infested with the dreaded shipworm. This ‘worm’ (actually a mollusk) had rasping jaws that riddled wooden ships with holes. As it burrowed, it shoved pulped wood into its mouth and digested it. It then secreted a hard, brittle residue that lined the tunnel it excavated in the wood and kept it safe from predators.

This gave Brunel an idea. What if the shipworm’s burrowing technique could be adapted to produce an entirely new way of tunneling? His ability to connect the dots led him to invent a device that has been used in one form or another in almost every major tunnel built during the last 180 years: the tunneling shield.

It’s easy to look at these historic examples and make excuses for why it was easier for Henry Ford, Eli Whitney and Sir Marc Brunel to be massively innovative. But the most creative people in the world all realize that the ability to connect the dots between something that inspires them in their everyday life and the work that they do is how we end up with novel approaches that make us stand out in business. It doesn’t matter if you’re in a sandwich shop in Ann Arbor, Michigan or a comedian working in a technology company, the key to innovation, as Steve Jobs points out, is to connect the dots.