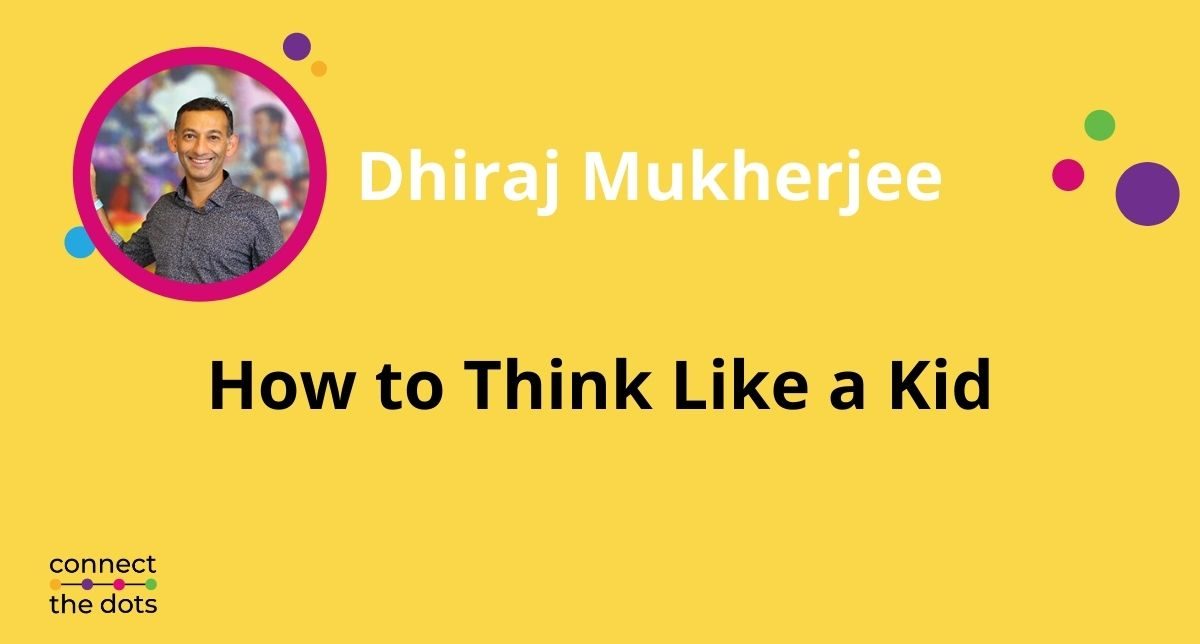 Do you remember waiting in line at the grocery store and hearing a catchy tune? You loved the tune but didn’t have any way to figure out the name or even the artist.

You pull out your phone and open “Shazam”, a music identification app. Within seconds, the name of the song, the artist, and the link to add it to your music library pops up on your phone screen.

Think about that for a second…

Of all the millions of songs and artists, how could it figure out the exact ditty you were listening to? Especially when it had to pick it out in the midst of people talking, check stands beeping and who knows what else.

Dhiraj Mukherjee on the Courage to Innovate

This is incredible tool called Shazam had less than a 4% chance of making it across the finish line. It’s the brain child of four men with a good idea and the bravery to create an “outside the box” solution to a problem. I was lucky enough to get the chance to sit down and speak with Dhiraj Mukherjee, one of the four co-founders of Shazam, to talk about how he and his partners transformed a “good idea” into a multimillion dollar idea.

The Top Takeaways from My Conversation with Dhiraj…

“Some of the biggest barriers to innovation are age, experience and confidence. Those are some of the key enablers of leadership, senior management and authority. The way to offset that is actually extremely simple, which is to create discomfort. Discomfort is about doing something you’re not good at but somebody else is. It’s about solving a different class of problem, which you may not be familiar with, but can be approached in different ways. And that discomfort as a starting point is going to feel uncomfortable because it’s new. The thing about innovation is that it is new because if it weren’t new, it wouldn’t be innovation.”

“Shazam was really hard work and we were on the verge of bankruptcy so many times. It’s actually miraculous that we made it through. Because we took on so many challenges, and we had no idea. At the core, it was a very simple, very clear idea: I want to be able to identify that song…If you have an idea which is simple and clear and easy to communicate, and it has immediate value then you know, it can take a heck of a lot of hard work to actually make it happen.”

“It’s only a great idea if customers care and they’re willing to pay for it. They don’t care who came up with it. And how many tens or hundreds of millions of dollars have been invested behind it. The idea is only as good as your customer’s reaction. Do they say this situation is so painful I’d do anything to make it go away? And then do their eyes light up when you tell them about your idea?”

– How learning to skateboard at 51 leads to innovation and problem solving
– The one question that determines how your company needs to think about change
– What big ideas came from a summer of music festivals
– And, of course, some of the trials and tribulations of building one of the world’s most successful tech companies

Have a listen and let me know what you think in the comments below.