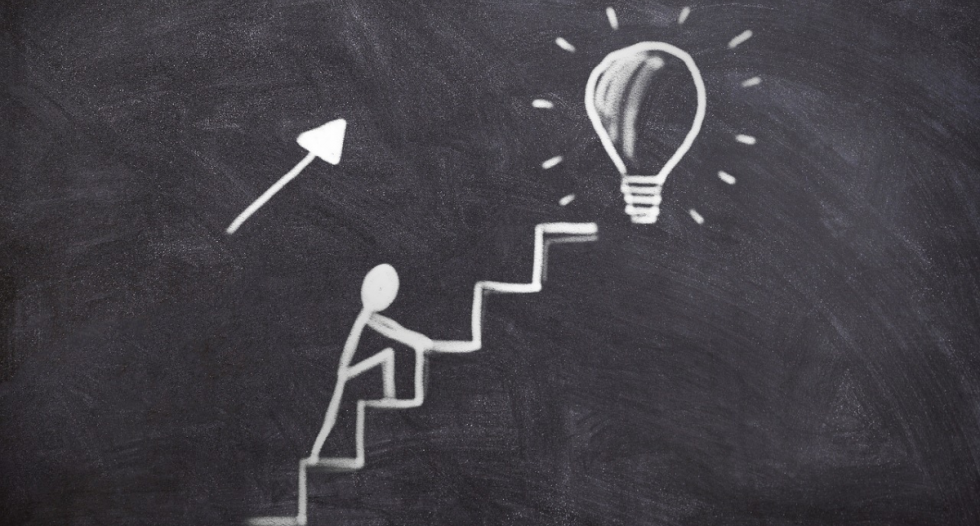 New teams struggle to gel because they’ve been asked to perform in ways they aren’t conditioned to do. In a band, every person has their own expertise, and they practice on their own over and over again. They know that being great as a solo act is one thing. But when they add in the harmony of others in their group, it levels their music up to a whole other dimension.

But moving from the dynamic of people who are individually creative thinkers to performing as a team that consistently delivers innovative results isn’t as easy as just putting everyone together and saying, “GO!” There’s plenty you need to think about with team culture. One reason people don’t like team brainstorming sessions is because they spend hours upon hours together, but nothing comes out of them. But you’re not destined to failure and frustration. Here are five things you can use to change how your team comes together and how the people on them look at innovation.

Let’s face it, no one wants to deal with the awkward silence that comes from shouting out a horrible idea. Some people worry about sounding stupid if they pitch ideas that aren’t well thought-out. Others are especially apprehensive when people in power positions join in the exercise. This stunts confidence, creativity, and productivity in teams.

Start your together time by countering that fear and going for the low—challenge the team to come up with the worst ideas they can think of first. Doing this creates two important dynamics.

First, it gets people to warm up and laugh. And laughter is the best inspiration for great ideas. Research from MIT showed that group participants who took a cartoon caption humor test and a product brainstorming test produced 20 percent more ideas and 25 percent more creative product ideas than professional product designers.

Second, it gets ideas going. Many great ideas started out as bad ones. Laughter can help people solve problems that need innovative answers by making it easier to think more broadly and associate ideas and relationships more freely. People in a lighter mood experience more eurekamoments and greater inspiration.

The best idea times for teams come when everyone feels comfortable throwing out all of their thoughts, regardless of whether or not they’re gold. Starting with the worst means things can only get better from there.

2. Start with Singles. Work toward Doubles.

Many people assume that the dynamics of group idea generation is always the way to go. Numerous studies support the exact opposite. An article in the Journal of Creative Behavior says that “Groups of individuals generating ideas in isolation (nominal groups) generated more ideas and more original ideas and were more likely to select original ideas during the group decision phase than interactive group brainstormers.” One way to support this is to have team members come up with ideas on their own before the group session. It can be as simple as sending out the challenge before the meeting and letting everyone write down ideas, without input from others, before everyone comes together to talk them through. Or you can do something like hang a big sheet of paper in a central area like a break room, office lobby, or high-traffic hallway and let people write or draws things before the meeting.

Giving people the chance to passively brainstorm before your meeting begins helps balance the tension between introverts and extroverts. To introverts, an idea session can make them feel like they can’t get a word in edgewise as extroverts feed off each other’s energy. On the flip side, extroverts can feel they’re doing all the work and can’t squeeze a peep out of the introverts. Giving people a chance to work both individually and in groups helps bring out the creative strengths of both personalities.

3. Get Out of the Office

You can’t be creative in the same conference room where you have your performance review or listen to a town hall on the company’s financial performance. In fact, switching up your physical environment isn’t just a fun change of pace; it can actually affect the way your brain works. Neurobiologists believe rich, stimulating environments could speed up the rate at which the human brain creates new neurons and neural connections. That means where you host your team meetings and pitch sessions can have an effect on the ideas your team comes up with.

Try holding get-togethers in rooms that aren’t associated with regular group get togethers. If you can’t change the room itself, try changing something about the environment to stimulate the brain, such as rearranging the chairs or putting bright, vibrant pictures on the walls. Another idea is to have your team stand up and walk around while meeting to encourage fluid creativity.

Get a change of scene. When you were a kid in school, did you ever have class outside? If you have a rooftop deck, think about having meetings there. Or look for a park that’s within walking distance. What if you broke up the afternoon by going to a trendy coffeeshop and got away from the cube farms and buzzing fluorescent lights of the office? If you’re bringing people together from several office locations, switch up the location where you meet so things feel fresh. If you really have money in the budget, skip the country. Columbia Business School professor Adam Galinsky found that international travel does a lot for your ability to jump between different ideas and connect the dots between them, both of which are fundamental to innovative thinking. A big part of this is to immerse yourself in the local culture. Galinsky found that there’s a clear correlation at 270 high-end fashion houses between the experiences designers had in other countries and their creative output.

There’s always some ridiculous rule that holds you back. Here’s your chance to take it off your excuses list and simplify your innovative process.

Ideally, get together with people from different departments, and divide them into groups of two or three people each. Then, give each group 10 minutes to answer this question: If you could kill or change all the stupid rules that get in the way of being more creative or innovative, what would they be and how would you do it?

Now, sit back and watch the sparks fly!

After the sticky notes are all up, talk this through with everyone. If there are things that legitimately are rules for the sake of rules, be prepared to kill some of them on the spot. Showing a willingness to change does a lot to put credibility behind the ideas people come up with and your willingness to change. Remember, a huge part of innovation is consistently looking at how you can keep things simple.

5. Use the One-Question Survey

Empathy expert and marketing executive Michael Brenner uses one question that clears the decks and paves the way for teams to have a powerful impact through innovation: Does my manager support the ideas of my team?”

By using it, Michael has seen an overnight culture change in organizations, because it told managers that ideas and innovation are important to teams. It also let leaders know that their job wasn’t to tell people what to do but rather to get feedback from front-line employees who really know what customers want.

The second aspect is that it told team members that their ideas were valuable. With that, employee engagement can jump significantly. In fact, one company Michael worked with experienced a 20 percent jump in just one quarter.