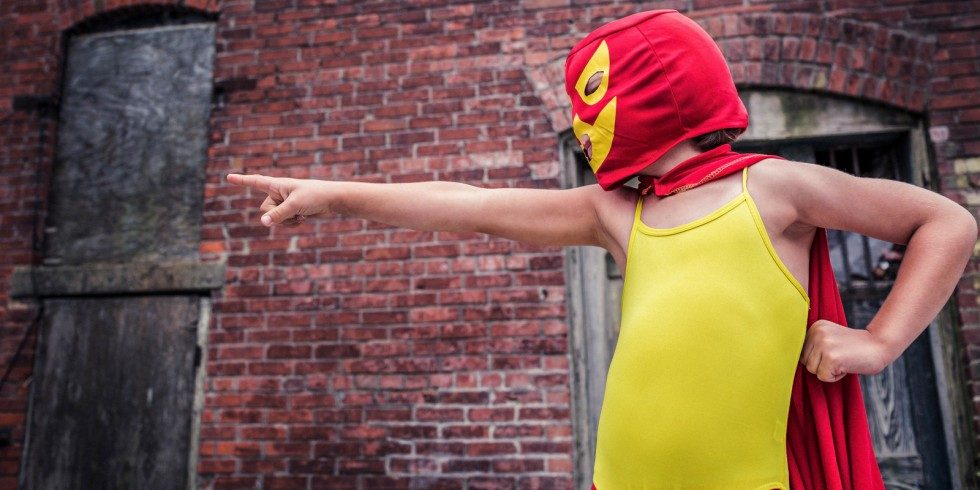 Between bosses and teams, we’re caught in a conundrum.

Bosses tell their teams, “I want to see more creativity! More innovation! Where’s all the great ideas?? Our competition is killing us!”

Teams say, “I bring you great ideas five times a day! And all I hear is we don’t have the budget, we’re not that kind of company, what we sell is different or this would never work.”

It’s hard to get excited about bringing innovative ideas to the table when the people on both sides end up defaulting to the same status quo work we’ve always done. The same approach to campaigns. The same approach to content. And the same approach to nurturing customers. It becomes a never-ending struggle between trying to stand out from our competition and breaking through internal resistance to do something new, interesting and creative.

When we start our careers, we can’t wait to jump in. We’re certain we’ll take the world by storm. Every day we’re waiting in the door of our boss’s office with a new, brilliant idea. Getting a “yes” on something truly unique seems like a numbers game. Just like in baseball, we have to swing a lot to increase the chances we’ll get a hit. When we’re this age, we have a high tolerance for risk and a high tolerance for rejection.

Compare that with what we’re like ten years into our careers. By this time, we’ve taken our share of bumps and bruises. While we’re still optimistic, we’ve learned to send out feelers before we suggest a crazy idea. We might email a link to a wacky video and test the response. If our peers tell us it’s clever but not something that would work in our industry, we cross it off our list of potential projects. Ten years into our career, we’ve gone from pitching wildly creative ideas every day to floating mildly interesting ones every six months.

Then we get to our 40s. By this time, we’ve invested two decades in a stable career, and we’ve got a lot to lose. At this stage, our pace of pitching a new idea has waned to once every two years or so. But even then, we’re not going to stick our necks out. We’ll just share a rehash of something that’s already been done. Something safe.

Does this ring a bell?

It’s not that anyone in marketing lacks ideas. And it’s not that our ideas are bad. It’s just that we’ve convinced each other that bosses can’t recognize great ideas and our teams aren’t willing to be creative.

We’re stuck in a vicious cycle.

Bosses need new ideas so teams put their heads together. They work long hours, late nights and weekends. They’re looking for the next best thing that will catapult their company into the bull’s eye of our customer’s attention.

This is why our careers teach us to avoid risk by avoiding new ideas. New ideas are scary, unpredictable and a threat to the status quo. And let’s face it, given the choice between maintaining the status quo and having the courage to stick out our neck and try something new, marketers go the first route. We’ve seen all the work that goes into fearlessly proposing new ideas, and how quickly they get shot down.

One of the reasons is that we’ve been conditioned by the Gladiator Effect.

In ancient Rome, gladiators were swordsmen who entertained crowds by fighting other gladiators in large arenas. The destiny of the gladiators was determined by the crowds who watched, and they signaled the fate of the battle with a thumb’s up or a thumb’s down. The outcome was black and white.

The same thing happens in business today with new ideas. People pitch new ideas, and they get a thumbs up or a thumbs down. The ideas either live or die. This is what feeds into the head-butting between bosses and teams.

When people pitch new ideas and they don’t survive the Gladiator Effect, it does more than squash new ideas. It kills courage. And no one can become a fearless marketer without courage.

Are we locked in a status-quo stalemate?

The reason we get to the height of our career and are no longer willing to invest in our ideas is because we’re tired of hearing “no.” No, we don’t have the budget. No, we’re not that kind of company. No, what we sell is different. No, this would never work.

Bosses, it’s your job to boost the courage of your team and give them the kind of feedback that refines ideas.

Teams, you need to ask for feedback in a way that gives you the kind of direction that lets you nurture your ideas,

To build a team of fearless marketers, we need to create an environment that positions feedback in two steps.

First is the phrase, “What I like…” This takes the focus off the person who brought the idea to the table and puts it on the idea itself. It begins to bring objectivity into the equation. It gives people validation that they did the right thing. When you start with the positive side of feedback, that leads to excitement.

But let’s face it. Few ideas are great ideas from the get-go. That’s why we have to make sure that we give and get feedback to make first ideas better ideas.

The second phrase we need to use is, “What I wish…” This changes the dynamic of feedback and removes the emotional negativity and makes it feel less critical. For teams, this response gives them guidance and lets then know where to spend their time. Bosses find that they’re able to give direction and point teams toward a bigger goal or a larger picture. Both feel vested in the idea and neither end up defensive.

Let’s face it, none of us got into marketing to do status-quo work. And every 30, 40, 50 and older marketer can be just as excited about bringing new ideas to the table as any 20-year old. And we can keep people young in their career perpetually excited about this amazing marketing profession. But we can’t do it without an ecosystem that encourages people to practice creativity, take risks and be willing to compete on a broader scale.

Because that, after all, is what courageous marketers do.