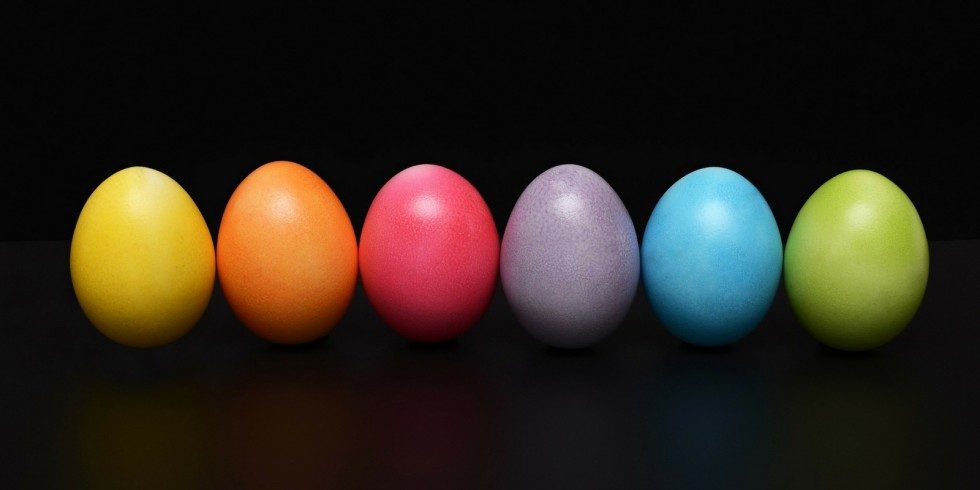 Whether you’re a newbie startup up or an established Fortune 100 company, culture affects every aspect of your customer experience. It’s the defining element that tells people whether you believe your own sales job.

In 1992 Harvard Business School professors John Kotter and James Heskett wrote the book Corporate Culture and Performance. In it, they looked at the corporate culture of 200 companies and how each company’s culture affected its long-term economic performance. They argued that strong corporate cultures that adapt to a changing world are associated with strong financial results.

The other day I came across a list of 15 elements that members of the Forbes Coaches Council believe are important to corporate culture. These are the people who coach the most influential business executives in the world.

What I found interesting is that much of their advice isn’t wildly crazy. It’s something every company of any size can do. Most just choose not to. And it’s one of the easiest things to fix that impacts top-line revenue.

I’ve included their list but my own opinion on why I think they matter:

Culture is created by people. To create culture, we have to openly seek out people to be a part of it. We have to give them permission and tools to make it come to life. And then we need to continually cheer them on. Industrial giant Emerson understands the power of all of these in an industry that’s highly competitive for top talent.

Respect is when you feel admiration and deep regard for someone. Powerful company cultures include respect because they trust the vetting process. An employee wouldn’t be there if they weren’t going to contribute value. Respect people enough to hear out their opinions. Respect employees enough to tell them the truth. And respect that leaders are charged with making decisions that are more complex than most people realize.

3. Care about each other

I spent time this week with my friend Jill Hollingsworth, who heads employee and executive communications for Moson Coors. I’m am constantly learning from Jill about how to create, nurture and celebrate culture. I shared that I’m amazed at how highly engaged employees are and she said something for which I wish every company would strive. “We’re a very kind culture.”

Can you imagine how different not just corporations would be, but the world would be, if we focused on how we could be more kind and care about each other every day when we went to work?

Ask yourself this. What’s one little thing you can do today that shows that you care about someone with whom you work?

Culture’s just a poster on the wall unless you do something to activate it. My upbringing in the Midwest meant a culture of hard work. Growing up on the farm I was up before dawn to do work with livestock or in the field. Culture, ultimately, is what you do. Not what you say you will do.

I met one of my best friends when I moved to Denver and began working for a telecom company. I left a few years later to start my company and she’s stayed with them ever since. She’s made it through massive layoffs, rabid hirings and two acquisitions – her company being the acquired.

I talked to her the other day and she said she’s the only one from her department who works on a particular floor of the company. She’s surrounded by people who work for other departments. Every day when she comes to work, she tries to talk to people and get to know them and they look at her like she has two heads. Finally, someone said, you don’t work in our department.

But we all work for the same company, don’t we?

Not feeling included rears its ugly head in the most hurtful ways. An employee walks into the lunch room to find a place to sit. There’s no open tables but plenty with open seats. Does anyone notice and invite them to sit down? Do people make room for one more in a crowded elevators? Are there simple things like smiles between people in the hallway?

When my kids were young, we had three of ‘em under the age of four, I noticed something. I would tell them to clean up their toys (OK, not the infant) so we could go outside and play. It took them fffoooorrrreeevvveeerrrrrrr. Then I noticed it seemed to take them forever to finish other little things and I found myself doing something I dreaded: nagging. Then I came across the book How to Behave So Your Children Will Too and WHAM! I got hit with a huge dose of reality. I realized that the reason my kids took forever to wrap things up was because I was their example. Being a mom and a business owner, I was always trying to fit in one more thing. So when I said we’d leave in 5 minutes for the park, it drug out to 10, 15 or even 30 minutes. I was teaching them by my example that they had plenty of time to finish what they were doing and could ignore my requests. Once I changed my behavior and set the example, their behavior quickly changed.

Is there something about your company’s culture that’s especially bothersome to you? Then look how you can become the shining example of what you’d like the culture to look like. Be what you want to see.

Ugh, this one makes my stomach hurt. Communication should be something that’s absolute common sense, but there’s nothing common sense about it. Communicating properly also means just plain communicating. Companies are rife with examples of decisions being made but never communicated. My friend Andreas works for a defense contractor who changed the entire paid time off policy and never communicated it to the employees. Think about all the lost time in productivity, bad feelings, resentment and lack of trust that sure to come from employees when they find this out. The hard way. Lack of communication = lack of trust.

One and done never works with culture. Leaders have to consistently remind people what the company stands for, why it stands for these things and what it looks like in practice. Do you have a new, big customer win? What about your culture made them say yes? Do you have a new product launch or content hub? How do they fall in line with what matters to the culture of your company?

Companies driven by purpose get labeled as liberal feel goods. But here’s something for the hardcore business conservatives. Companies guided by a purpose beyond making money returned six times more to shareholders than explicitly profit-driven rivals. Roy Spence goes into great deal of the why and how in his must-read book It’s Not What You Sell, It’s What You Stand For. Spence’s Austin agency, GSD&M is the creative powerhouse behind brands such as Southwest Airlines and Kohler.

People do business with people they know, like and trust. Ask yourself: If someone questioned the integrity of anyone in your company, would their co-workers and customers jump to their defense? We passionately defend people and things we trust. Make sure your culture makes people feel you have their back and they’ll go through hell and high water for you. They’ll also ignore tempting offers to jump the fence to a competitor.

11. Make it about humanity

Business is about people. Period. Be human.

Families have belief systems. Societies have them, too. That’s how we can tell the difference between a culture in Argentina from one in Nepal. What they value are different. The population may shift across borders but when someone enters, they become sensitive to the culture based on what people value.

It’s the same with corporate culture. Only the rate of population shift is much greater, which means it’s easier to erode the culture of a company. That’s why it’s critical to document what your company value, remind people of what you believe (inside for employees and to outside audiences, too), and they hold up and reward people who live those values.

I’m seeing companies who believe in their values so much that they’re now tying a portion of performance review to how much employees exhibit the values of their company.

When I started my own business, one of my first clients was a worker’s compensation insurance company. They had become wildly successful primarily because of their company culture. I interviewed their executive team to talk about the secret sauce that made them so successful and each gave me the formula for their area. While things were interesting, I didn’t find anything earth shattering. Until I talked to Gary, their CEO. I told him I learned lots of nice things, but didn’t see a silver bullet to what made them so successful. “We tell people to do the right thing,” he said. And that was it.

First, they invest the time to teach each person what the “right” thing looks like for them, and then they step back and let employees do it. People from every corner of the company blossomed knowing they had permission to make decisions. But they also thrived once they exercised that ability and say how they, personally and in the moment, could make a difference and move decisions along faster. They understood they were the ones who helped an injured worker get medical help or a claim paid faster. They were the ones who could make a difference in the lives of their customers.

Where’s this bus headed? A brand’s vision is the picture of where everyone’s headed…together. It gives people something to work toward in the long run, so the frustration and minutia of day-to-day things don’t take all of the wind out of their sails. Employees can weather short-term setbacks if they know they’re all still working toward the long-term goal.

“People like stories…Outlining what the story is and how every employee brings the story to life creates an authentic, thriving culture,” says Leadership Strategist and Success Coach Lesha Reese. People can never become part of a common story if they don’t have one. Corporate cultures feel fractured because they are. Different groups have their own story of origin, but none of them bubble up to a common one. Creating your story of origin is one of the most powerful ways to inspire people to collaborate and move a bigger, shared vision forward.