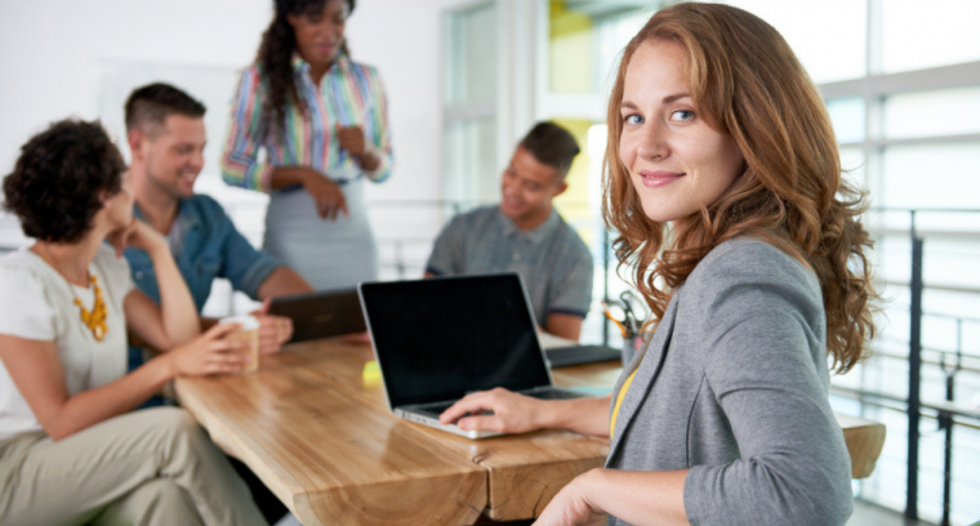 Today is International Women’s Day. There’s no better day of the year to acknowledge and celebrate women who are leading innovation in their areas of expertise around the world.

Research shows that when women are in leadership positions, they bring better business performance. When there’s greater gender diversity, especially at the senior level, companies perform better and they see significant profit increases. One survey of almost 13,000 enterprises in 70 countries said 57% of respondents agree that gender diversity improved business outcomes. In fact, almost 75% that tracked diversity in their management reported profit increases of between 5 and 20%, with the majority seeing increases of 10-15%.

In a world of great resignations, these companies also see that it was easier to attract and retain talent (57%), saw improvements in creativity, innovation and openness (54%), and were better able to guage customer sentiment (37%).

Since everyone’s bingo cards have been wrong about what life’s willing to throw at us these past few years, I’d like to celebrate these women who lead innovation and, along the way, are changing the world in which we live.

Sara Blakely didn’t just get rid of panty lines for women, she revolutionized how women felt about themselves. Along the way she created a company that’s built on purpose: To help women feel great about themselves and their potential. It all started when Sara was getting ready for a party. She realized she didn’t have the right undergarment to provide a smooth look under white pants. Armed with scissors and sheer genius, she cut the feet off her control top pantyhose and the SPANX revolution began! With a focus on solving wardrobe woes, the SPANX brand has grown to offer bras, underwear, leggings, active and more. In March of 2012, Founder Sara was named the world’s youngest, self-made female billionaire by Forbes Magazine and one of TIME’s 100 Most Influential People.

As the global co-head of consumer and wealth management at Goldman Sachs, Stephanie brings an innovative approach to traditional consumer banking. She’s building a leading digital-banking platform through the company’s online bank, Marcus, and embedding those capabilities into partner ecosystems. Based in New York, Stephanie’s is also a member of Goldman Sachs’ management committee. In her previous role as chief strategy officer, she led efforts to make the firm a more inclusive workplace through programs such as Launch with GS, a $1 billion commitment to invest in companies and asset managers with diverse leadership. In 2018, she also launched GS Accelerate, the firm’s in-house innovation incubator that helps employees bring their start-up ideas to life.

The Michael Bay of business (she likes to blow shit up), Cindy is revolutionizing the world of sex. As the founder of MakeLoveNotPorn – ‘Pro-sex. Pro-porn. Pro-knowing the difference’ — she’s developed a social sextech platform designed to promote good sexual behavior and good sexual values. Launched at TED 2009, Cindy has raised $2 million to build out MLNP.tv as ‘the Social Sex Revolution’. As a result of the funding challenges she has encountered, she is raising the world’s first and only sextech fund, AllTheSky Holdings. She’s also the founder and CEO of IfWeRanTheWorld, a co-action software platform that enables brands to implement the business model of the future — Shared Values + Shared Action = Shared Profit (financial and social).

Anne started in her career the entertainment industry at Paramount Pictures and Sony PlayStation working with the biggest consumer brands and partnering them with entertainment properties. She caught the startup fever while living in the Bay Area and worked her way up to lead marketing and partnerships at consumer and enterprise for over 15 years. Her experience on the consumer side helped her understand the fundamentals of building communities and turning customers into evangelists. She’s also worked in Venture Capital at Shasta Ventures and advised and invested in dozens of companies over the past decade. Now a Partner at Silicon Foundry, she works with the Fortune 2000, family offices and government entries to help them bridge the gap and connect to the latest innovation and trends in technology.

Founder of Walker’s Legacy, a digital platform that empowers women through entrepreneurship, Nathalie was featured in Entrepreneur magazine’s “100 Powerful Women” list in 2020. She recently joined the US government as assistant administrator for the Office of Women’s Business Ownership in the Small Business Administration.

As founding director of the Institute for Innovation and Public Purpose at University College London, Mariana is an Italian-born professor focused on reinventing capitalism to serve the common good. She is the author of three highly acclaimed books: The Entrepreneurial State: Debunking Public vs Private Sector Myths (Anthem Press, June 2013), The Value of Everything: Making and Taking in the Global Economy (Allen Lane, 2018), and the newly released, Mission Economy: A Moonshot Guide to Changing Capitalism (Allen Lane, January 2021). Pope Francis has spoken in support of Mariana’s research and invited her to join the Vatican’s Economic Taskforce within its COVID-19 commission, and her work helped the European Commission redesign its innovation policy toward being more mission oriented. She is chair of the World Health Organization’s Economic Council on Health for All and a member of the South African President’s Economic Advisory Council, the Scottish Government’s Council of Economic Advisers, and the United Nations High-Level Advisory Board (HLAB) on Economic and Social Affairs.

Perkins is CEO and cofounder of Canva, a Sydney-based visual-communications platform used across industries for social-media graphics, presentations, posters, documents, and other visual content. More than 55 million users in 190 countries use Canva to create visual content in more than 100 languages. Canva’s goal is to simplify the design process. Today, more than 85 percent of the Fortune 500 uses Canva, with more than 250 million presentations created to date.

As the Chief Innovation Officer of Schneider Electric, Nadège is responsible for cultivating open innovation through external partnerships, business incubations, investments and joint ventures. The energy industry is being disrupted for the first time in 100 years. Through all of this, Nadège leads teams that build and scale the winning technologies and business models needed for the transition to decentralized, decarbonized, and digital energy. Her leadership in innovation helps lower carbon emissions and makes buildings and industries sustainable.

Sunayna joined the Federal Reserve System as Chief Innovation Officer for in 2021. She brings more than tean years of global experience leading change and innovation at the nexus of finance, technology, and policy. Most recently, she was the global head of emerging tech and strategic partnerships at TD Ameritrade. While there, she worked on commercializing frontier tech, building and investing in the next generation of products and experiences in collaboration with partners in big tech, fintech, start-up and the VC ecosystem in North America and Asia.

As Head of Innovation for Accenture North America, Shivani has a strong focus on B2B strategy, implementation and commercial impact in the telecommunications sector. She’s proven to deliver sustained results in corporate and consultancy roles. She’s a thought-leader and frequent speaker at industry and academic events. Shivani also has recent publications on B2B growth strategy, the importance of trust, and human-centered innovation.

Wojcicki is cofounder and CEO of 23andMe, a direct-to-consumer genetics and research company that allows people to test for ancestry and health risks. It was founded just three years after the first human genome was sequenced. The company’s personal genome test kit was named “invention of the year” by TIME magazine in 2008. Beginning in 2015, the FDA has given approval to 23andMe’s health-related tests, including risk from cystic fibrosis, sickle cell anemia, certain cancers, Alzheimer’s, Parkinson’s, and celiac disease. The company is named for the 23 pairs of chromosomes in a normal human cell.

Who would you like to see added to the list? Leave your thoughts in the comments below.